Protect your git branches with Husky

To add a pre-commit git hook with Husky:

What are git hooks?

Git hooks are scripts launched when carrying out some git actions. The most common one is the pre-commit hook that runs when performing git commit, before the commit is actually created.

The scripts are located in the .git/hooks folder. Check out the .sample file examples in your local git repository.

Why do I need to install the Husky package then? 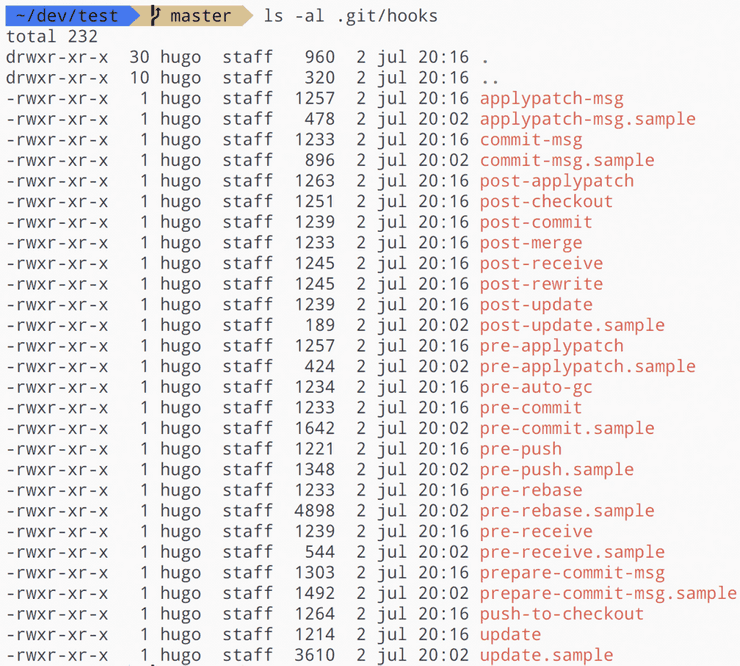 These scripts will parse your package.json and run the associated command. For example, the pre-commit script will run the npm run precommit command

For more complex commands, I recommend to use a separate bash script : "precommit": "bash ./scripts/check-lint.sh".

Git hooks are a convenient way to automate tasks during your git flow and protect you from pushing unwanted code by mistake.

If you have tools to check the code quality or formatting, you can run it on a pre-commit hook:

I advise to run those tests on your CI tool as well, but checking it on a pre-commit hook can make you save a lot of time as you won't have to wait for your CI to set up your whole project and fail only because you forgot a semicolon.

In some rare situations, you have to push code directly on a branch that is deployed. One way to protect it from developers in a hurry who forget to run the tests locally is to launch them on a pre-push hook:

If your tests fail, the code won't be pushed.